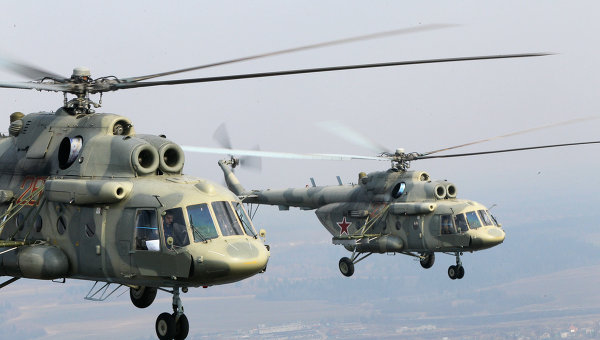 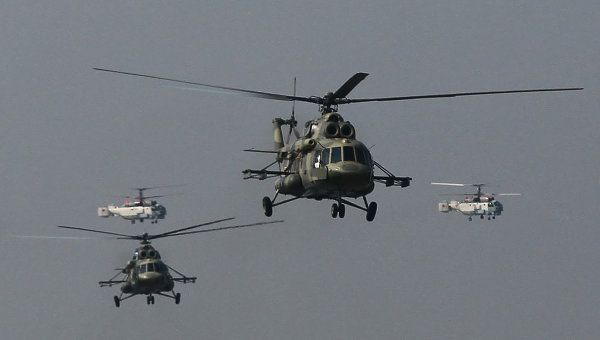 Mi-17 helicopters
The U.S. Army Forces Command and Russian state-controlled arms exporter Rosoboronexport have sealed a contract for the supply of 21 Mi-17V5 multipurpose helicopters to Afghanistan, a spokesman for the Russian Federal Service of Military-Technical Cooperation said on Friday.
The United States and Russia have been in talks for more than a year on the deal to provide the much needed vehicles for the NATO mission in Afghanistan.

General Abdul Wahab Wardak, Chief of Staff of the Air Force in Afghanistan, earlier said the cost of one helicopter had been agreed at $17.5 million.

"Apart from the helicopters, the contract stipulates the procurement of reserve units, ground support equipment, and maintenance support," the spokesman said.

The first helicopters will be sent to Afghanistan in October 2011.

The Mi-17 is an export version of the Mi-8 Hip helicopter. Currently in production at two factories in the Russian Volga area city of Kazan and the East Siberian city of Ulan-Ude, it features powerful turboshaft engines and can transport up to 37 passengers.

In May 2010, the United States lifted sanctions against Rosoboronexport that it had earlier blacklisted from tendering for U.S. arms deals. The sanctions were imposed in 2006 after the U.S. government accused Rosoboronexport of violating the nuclear non-proliferation regime.

Despite the ban, dozens of Mi-17s have been bought by the United States for Afghanistan and Iraq over the past four years via intermediaries as commercial items, thus avoiding direct contacts with Rosoboronexport.